GETTING READY: When was the Epistle of James written?

The second book we'll be studying for the 2013-2014 season will be the epistle of James.  The next few weeks of the "Getting Ready" series, we will be considering the high-level questions about this book.  If you have additional questions, don't be shy about e-mailing the coaches!

When was the epistle of James written?

Unlike Paul's epistles, whose references can be fit into the narrative in Acts, James's letter is harder for scholars to pinpoint.  It was clearly written to Christians living in the first century (i.e. from 1 to 99 A.D.)  Various evidences indicate it was written between 47 and 60 A.D., possibly in the last years before James (brother of Jesus) was martyred in 62 A.D.  The book mentions the persecutions going on in Jerusalem as current affairs, which are recorded in Acts and elsewhere in church history. 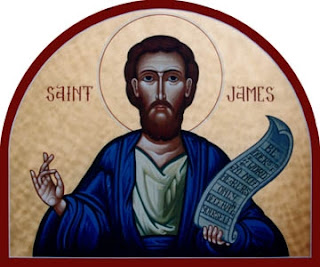