Good Friday is the holiest day on the Christian calendar, because it is the day Jesus died and took on all of our sins.  Without his death, we would still be in our sins and under judgement for all eternity.  Salvation, both Old and New Testament, is based on faith in the saving work of God thru Christ.

It was a long and difficult day for Jesus.  He not only died, but went thru multiple trials before both Jewish and Gentile, both local and imperial authorities.  He was offered a way out by Pilate, but the crowds chose a known murderer instead.  Jesus was then tortured, and forced to carry his own cross (until he collapsed and a bystander in the crowd was drafted to carry it for him).  Finally, he was nailed to the cross and after blessing nearly all those around him, died.

It is important to note how Jesus died.  He was not killed, but instead scripture says he "gave up his spirit."  God chose to die, because his life could not be taken from him. 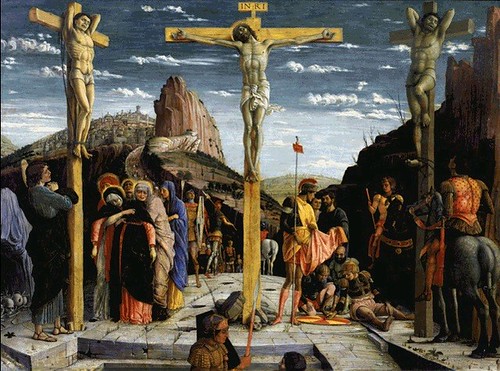