We Bible Quizzers are no strangers to different Bible translations, especially in light of our recent switch from the New International Version (NIV1984) to the English Standard Version (ESV).  So, it is interesting to see a new translation due to come out shortly based on the King James Version of the Bible, called the "Modern English Version" or MEV.

The KJV series works off of a different philosophy of translation than the NIV or ESV.  Instead of focussing entirely on the original Greek, the MEV and other related translations look at the traditions which have grown up around the Bible, as well, especially in the English language.  This can sometimes obscure the original meaning to a point, but also provides more poetic and smoother reading than literal translations.

And no, we have no plans to adopt this new version in Bible Quizzing or the EFCA in general. 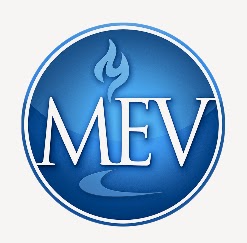