It was not so long ago that you were a very lucky person if you had access to a Bible.  For centuries, they were held almost exclusively by priests and monks.  Then for centuries more, they were mostly held by the rich.  By the time our parents and grandparents came along, Bibles were everywhere in the Western world, but still forbidden across most of the east.  But now, experts are saying the Bible is accessible to nearly anyone, more-so than any time in history.  And it may be fulfillment of prophecy!


Creson states that "the last translator for the last Bible translation is alive somewhere in the world today." He told CP why he believes that. "Thirty years ago, the average New Testament took over 20 years to translate," Creson explained. Today, it takes about 8 years.
The Wycliffe president also testified his belief that organization's work helps bring about the End Times. "I believe that the work we do hastens the return of Jesus Christ," Creson told CP. Citing Matthew 24:14, he paraphrased Jesus' words saying "this good news message has to be preached to the whole world, to every tongue, tribe, and nation, and then the end will come." 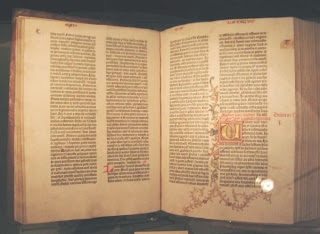