We love our form of Bible Quizzing, but the EFCA doesn't have a monopoly on competitive Bible-knowledge competitions.  The Baptist Bible Drill - a system focussed on quickly locating and reciting verses from scripture - just had their championship and declared their winners.


Many people might say they know the Bible backwards and forwards, but in the case of siblings Michael and Sarah Last, it is the absolute truth.The two Moulton teenagers recently competed in the Southern Baptist national Bible drill in Helen, Ga., after having won their age group in the state competition.The competition was divided into three sections, which differed in the youth and high school age groups.In the youth category's first section, each competitor was given a part of a Bible verse, and then had to look up the verse and recite it.For the second section, competitors were given doctrine and had to look up a verse that aboded by that doctrine.The third section consisted of competitors being asked questions such as "What does the Bible say about a godly woman?" or "What does the Bible say about facing fear?"The competitors would then look up verses that would answer those questions.The high school age group had the same doctrine and questions categories, but also had a section where they were given a verse of the Bible and had to look it up and recite it. 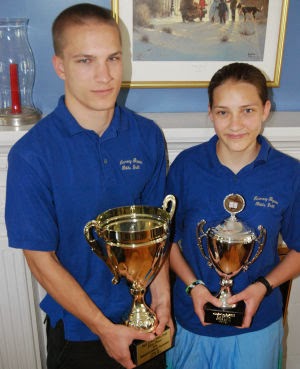