BIBLE NEWS: Bible from the Titanic on Display

The Bible is not only about history, but has also been at the center of may major historical events.  It seems wherever Western History has gone, since Christ, the Bible quickly followed in the hands of Christians or scholars.  Now, a Bible that survived the sinking of the Titanic is on display.


"Bateman on the night the ship sank handed the Bible over to his sister-in-law, Ada Ball, who he placed on a life boat and then she returned it to her sister, his wife Emily. On her death bed she gave it to Dr. Harry Upperman from the Baxter Seminary here in Baxter, Tennessee," said Bob Thone, the actor portraying Rev. Robert Bateman at the Titanic Museum. 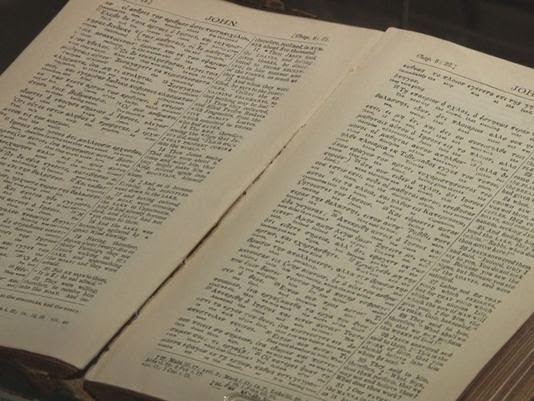