BIBLE NEWS: The Bible in Movies

The recent release of a movie loosely based on the story of Noah has brought back the question of adapting Bible stories for the big screen and whether there is a "religious market" for films.  While Noah is being judged by most reviewers as "not very Biblical", there are other films out there making a bigger impact.

God’s Not Dead, about a Christian college student confronted by an atheist professor, opened last weekend with a remarkable $9.2 million in just 780 theaters, and it grossed another $9.1 million after expanding into 398 more theaters this weekend, for $22 million total. At this pace, it could easily clear $50 million as it plays into the Easter holiday weekend, a robust result for any independent film, let alone one explicitly geared toward a Christian audience. 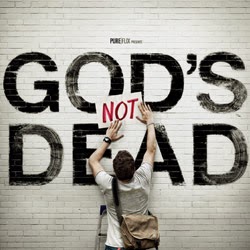